We are a melancholic gothic metal band based in Stockholm, Sweden.

We exclusively play our own original songs, which are based on Christian lyrics.

The band started in 2003 by Michael Hero and Björn Sundström and the release of the first album "Bless this nation". The second album "Immortal" was released in 2009 on Retroactive Records. In 2011, Daniel Mouton joined on drums and Henrik Deleskog on bass. In 2013, the third album "Afterlife" was released.  Emanuel Wärja joined the band prior to the recording of the fourth album "Miracles", released in 2016 on Roxx Records. Shortly after this release bassist Henrik Deleskog left the band and was replaced by Patrick Hero, Michael's son.  We would also like to mention our "fifth member" our own long-time trustworthy live sound engineer Simon Meling, who always makes us sound great! 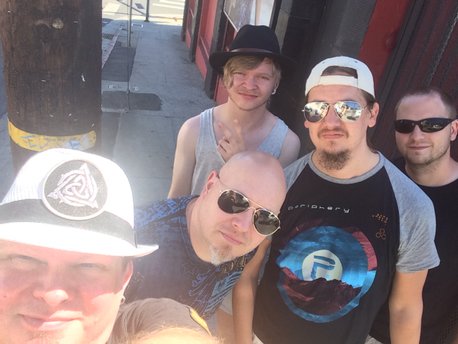